Well the clocks have gone forward and the nights are much lighter, so when it stops raining hopefully we will all start to feel that spring really is upon us. This time of year is all about growth and for a fair weather cyclist like me; it is the opportunity to get back on the bike without feeling like Scott of the Antarctic!

So “Air Drumming”. Well I was talking to my youngest daughter about her science revision (impending mocks) and she said “Dad, do you ever do Air Drumming?” “Is it the same as Air guitar, but with drums I asked tentatively?” “Yes”, she replied enthusiastically. Then another brain-teaser. “What do you think of The End by The Beatles, it has a great Drum Solo in it?” Well I had never heard it and it will not be my specialist subject on Mastermind, but she played it to me and kindly played along on the air drums. Very impressive and so much quieter than the real thing!

Having been impressed and educated, I then was intrigued to find out more about the song, as I did not know of many solos by Ringo. Anyway, it turns out the reason for that was that he didn’t like them. But when the song was being produced they muted the guitar and tambourine, so you get this fantastic one-off from Ringo.

What I found more interesting is that he didn’t do them because he didn’t like them, but when he thought he was part of a group he performed fantastically. How many of us work better with encouragement and being part of a team?

This leads me nicely into something I have mentioned before and it is Retail Ready People. I was very pleased to be invited along this week to meet the Leeds team and find out about what they had been doing, what their ideas were and how they are going to make it all work.

They had enjoyed a number of great sessions; including one from Brass which they all agreed was amazing and my thanks go out to John Morgan and his team for their commitment and passion. Also to Paul Clarke of JD Sports who spent the day with them talking about how they merchandise, design and very importantly how they get their stock to where it needs to be. Oh and if you are reading this Paul, all the ladies think you are cool! Whatever that means!! 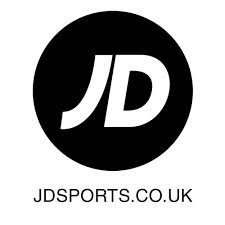 Tales from the Riverbank

If you read the last blog (Yes Minister) then you will know we had a visit from Nick Hurd MP who came along to support the work being undertaken by Canal Connections, which is slowly building into a very broad based opportunity for the whole community. The backbone of the team Trevor Roberts is also heavily involved with the National Community Boats Association and he kindly invited me along to one of their regional meetings.

There were around 100 attendees and I was overwhelmed by the number of projects that are underway, as well as the positive outcomes of a number including one in Falkirk which was truly spectacular. The waterways offer a considerable amount to the whole community and are well worth having a look into. Try www.national-cba.co.uk as your first port of call, no pun intended.

Help people to help themselves

The Business Connector role is as I hope you all know by now all about supporting charities, 3rd sector, community groups and schools to interact with business and vice versa, so it is really great to be able to write about two charities working together, following an introduction from your truly.

Lee Griffiths from the Poppy Factory and Alistair Ponton from Viewpoint Research are looking at ways that each charity can benefit from the others experience and I look forward to seeing how this progresses, best of luck.

I started off by saying about the fact that spring had possibly arrived, but the cold weather has also highlighted how important it is to be able to heat your homes accordingly. There are those who because of cost or faulty equipment have struggled. Well across Leeds, B&Q are running a scheme (backed by the Government) to provide free boilers, cavity wall and loft insulation. Of course the offer is limited to only those on absolutely the lowest levels of income, but it is heartening to know that it is possible to get help. If you know someone this might impact, then have a look at www.diy.com/freeboiler

This week I was in the envious position of being able to give away money, don’t worry I have not lost my mind, it was sponsorship from the Halifax to a social enterprise called Seagulls Reuse Ltd. I blogged about them some months back and have been trying to find ways to support them. Following a conversation with Matthew Norton at Lloyds Bank, I applied for funding and waited. It took a while but our patience has been rewarded with £5000 and this will support the acquisition of a second van for their expanding operation. They have been supported into new premises on the Arcadia site in Leeds by Laing O’Rourke who have completed an amazing piece of work for them and should be very proud of their efforts.

The Co operative Academy in Leeds is an inner city academy supported by the Co operative movement and working in a community ranked in the bottom 1% in the UK. There are a total of 77 languages spoken and the population is very transient. I met up with the principal and discussed how this Business Connector could support them and there were two areas. First was help with introducing the right businesses to support the curriculum in a practical fashion and second was with a Literacy club. So off I went to see what I could do.

Following an introduction by Sarah May of Inner East Area team (Leeds council) I met up with Tony Warren of Arcadia. Tony is a great example of living the values and he has been working with me to get the message out. In addition he has engaged others at the site in Leeds, including their distribution partner DHL which just goes to show the power of a good cause. Arcadia and DHL locally are now going to support the school and Tony and Gary (DHL) will be working with the schools Enterprise Manager Claire Passmore to link lessons to real life examples.

The second part was all about literacy and this involves people giving up an hour a week to help 11-16 year olds develop, as many are new to the UK or their learning started much later than most. Step forward Francesco Romano and Natalie Volichenko from Lloyds Bank. Both have expressed a desire to support and now their task is to go and recruit more like minded individuals (could that be you?).

Right that’s enough for now, thanks for reading. If there is anything you want more information on or want to get involved with in your area and don’t know where to start feel free to get in touch.